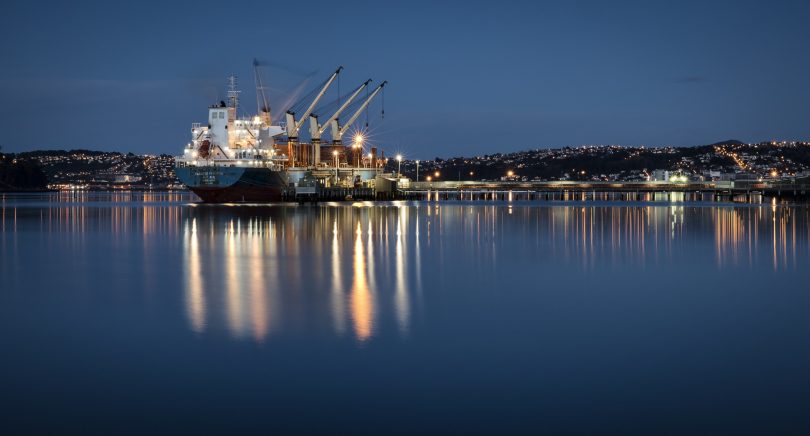 The development of the Hong Kong Convention

The Hong Kong International Convention for the Safe and Environmentally Sound Recycling of Ships, 2009 (the Hong Kong Convention), was adopted at a diplomatic conference held in Hong Kong, China, from 11 to 15 May 2009, which was attended by delegates from 63 countries.

The Convention is aimed at ensuring that ships, when being recycled after reaching the end of their operational lives, do not pose any unnecessary risks to human health, safety and to the environment.

The Hong Kong Convention intends to address all the issues around ship recycling, including the fact that ships sold for scrapping may contain environmentally hazardous substances such as asbestos, heavy metals, hydrocarbons, ozone-depleting substances and others. It also addresses concerns raised about the working and environmental conditions at many of the world’s ship recycling locations.

The text of the Hong Kong Convention was developed over three and a half years, with input from IMO Member States and relevant non-governmental organizations, and in co-operation with the International Labour Organization and the Parties to the Basel Convention.

Regulations in the new Convention cover: the design, construction, operation and preparation of ships so as to facilitate safe and environmentally sound recycling without compromising the safety and operational efficiency of ships; the operation of ship recycling facilities in a safe and environmentally sound manner; and the establishment of an appropriate enforcement mechanism for ship recycling, incorporating certification and reporting requirements.

The following guidelines have been developed and adopted to assist States in the early implementation of the Convention’s technical standards:

Also two further guidelines have been developed and adopted to assist States in the implementation of the Convention after it enters into force:

The Convention is open for accession by any State. It will enter into force
24 months after the date on which 15 States, representing 40 per cent of world merchant shipping by gross tonnage, have either signed it without reservation as to ratification, acceptance or approval or have deposited instruments of ratification, acceptance, approval or accession with the Secretary-General. Furthermore, the combined maximum annual ship recycling volume of those States must, during the preceding 10 years, constitute not less than 3 per cent of their combined merchant shipping tonnage.  For more detailed information please refer to resolution MEPC.178(59) on the calculation of the recycling capacity for meeting the entry-into-force conditions of the Hong Kong Convention and document MEPC 64/INF.2/Rev.1​ on the same topic.

IMO’s role in the recycling of ships, the terminology used to refer to ship scrapping, was first raised at the 44th MEPC session in March 2000 following which a correspondence group was established to research this issue and provide information about current ship recycling practices and suggestions on the role of IMO.

Resolution A.962(23) IMO Guidelines on Ship Recycling give advice to all stakeholders in the recycling process, including administrations of ship building and maritime equipment supplying countries, flag, port and recycling States, as well as intergovernmental organizations and commercial bodies such as shipowners, ship builders, repairers and recycling yards.

The guidelines noted that, in the process of recycling ships, virtually nothing goes to waste. The materials and equipment are almost entirely reused. Steel is reprocessed to become, for instance, reinforcing rods for use in the construction industry or as corner castings and hinges for containers. Ships’ generators are reused ashore. Batteries find their way into the local economy. Hydrocarbons on board become reclaimed oil products to be used as fuel in rolling mills or brick kilns. Light fittings find further use on land. Furthermore, new steel production from recycled steel requires only one third of the energy used for steel production from raw materials. Recycling thus makes a positive contribution to the global conservation of energy and resources and, in the process, employs a large, if predominantly unskilled, workforce. Properly handled, ship recycling is, without question, a “green” industry. However, the guidelines also recognized that, although the principle of ship recycling may be sound, the working practices and environmental standards in the yards often leave much to be desired. While ultimate responsibility for conditions in the yards has to lie with the countries in which they are situated, other stakeholders must be encouraged to contribute towards minimising potential problems in the yards.

The Guidelines on Ship Recycling also introduced the concept of a “Green Passport” for ships. It was envisaged that this document, containing an inventory of all materials used in the construction of a ship that are potentially hazardous to human health or the environment, would accompany the ship throughout its working life. Produced by the shipyard at the construction stage and passed to the purchaser of the vessel, the document would be in a format that would enable any subsequent changes in materials or equipment to be recorded. Successive owners of the ship would maintain the accuracy of the Green Passport and incorporate into it all relevant design and equipment changes, with the final owner delivering it, with the vessel, to the recycling yard.

Subsequently, at its 53rd session in July 2005, the Marine Environment Protection Committee (MEPC) agreed that the IMO should develop, as a high priority, a new instrument on recycling of ships with a view to providing legally binding and globally applicable ship recycling regulations for international shipping and for recycling facilities. MEPC 53 also agreed that the new IMO instrument on ship recycling should include regulations for the design, construction, operation and preparation of ships so as to facilitate safe and environmentally sound recycling, without compromising the safety and operational efficiency of ships; the operation of ship recycling facilities in a safe and environmentally sound manner; and the establishment of an appropriate enforcement mechanism for ship recycling (certification/reporting requirements). MEPC 53 further agreed that the above-mentioned instrument should be completed in time for its consideration and adoption in the biennium 2008-2009.

The resolution referred to the urgent need for IMO to contribute to the development of an effective solution to the issue of ship recycling, which will minimize, in the most effective, efficient and sustainable way, the environmental, occupational health and safety risks related to ship recycling, taking into account the particular characteristics of world maritime transport and the need for securing the smooth withdrawal of ships that have reached the end of their operating lives.